Nearby Places to Visit for Recreation, Activities, and History

The  Model Train Museum is located in the Tourist Information Center at 201 South Mecklenburg Avenue in South Hill, Virginia.

The Museum currently features two operating railroads, and also features a collection of toy trains from area residents as well as a collection of historical documents, photographs and artifacts from South Hill’s history. 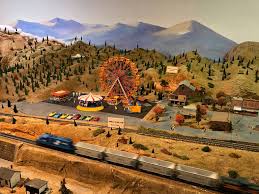 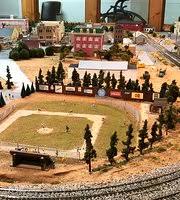 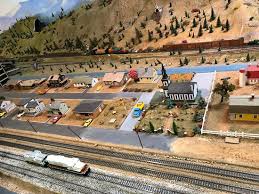 In 1991 the Lake Country Model Railroad Club was formed by Mr. Ralph Schneider. In 1992, Mr. Schneider enlisted the assistance of club members and construction on the two train track layouts began.

The first railroad completed for the Museum was the H.O. Scale “Wiggle, Bump, and Agony” Railroad, created by John Madan and donated to the Museum upon his death. The restored layout officially opened in 1993. The four-train operation contains sights familiar to every town – bridges, tunnels, curves and underpasses create the way for the WB&A trains to circle houses, fruit stands, churches and multiple wonderfully scaled towns. With mountains in the background and people playing in the yards or working in the fields, there is something for everyone to see and marvel over.

The Atlantic & Danville Railroad is the focal point of the Museum, a scale model of the railroad that actually ran through South Hill and that encompasses the route from Lawrenceville, Virginia to Clarksville, Virginia. Set in the 1950’s, many of the buildings were meticulously scaled by Mr. Schneider to look exactly as they did in that era, and in some cases were constructed using only pictures from historical post cards.